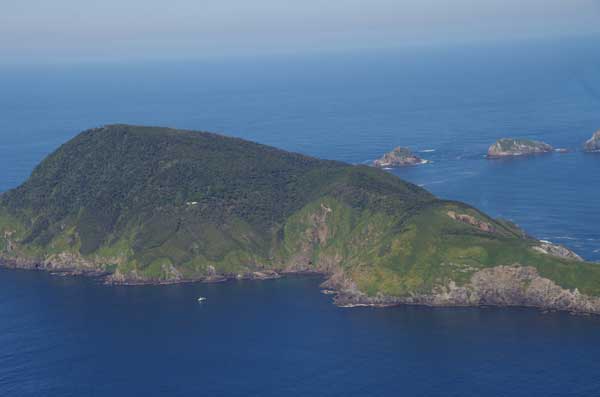 by Bruce and Kate Frankcombe, November 2014


Kate and I have just returned from 7 months volunteering for the Tasmanian Parks and Wildlife service, living on Maatsuyker Island located off Tasmania’s south west coast. Just the two of us were there for the winter from February to September 2014. 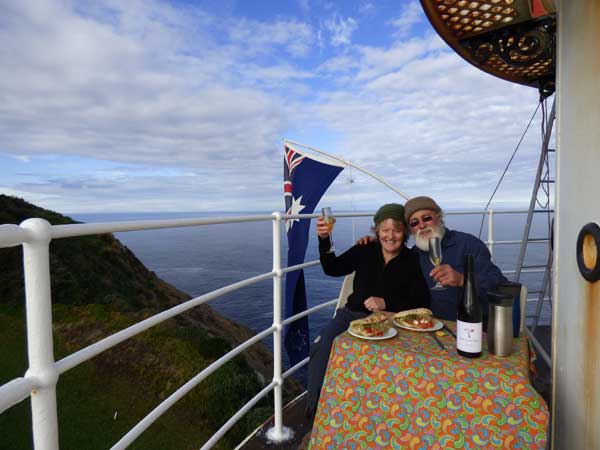 Maatsuyker is a remote location. There is no television, internet, newspaper or mobile telephone service. The few visitors that did visit the island would usually come and go on the same day by helicopter, although we did have a visit from a lone sailor in late February for a few hours. All supplies are ferried to the Island by helicopter, one at the beginning of our stay, another after 3 months and then one at the end of our stay that also brought us home.


Weather conditions can be extreme at any time of the year, with driving rain, strong winds and rough seas that may last for 10 days or more at a time.


During the cray fishing season from November through to August there are always fisherman somewhere along the coast and the surrounding islands, from Low Rocky Point around to South East Cape unless the sea conditions become so extreme that they either take shelter or head home. In the summer season there is a big increase in recreational yachts, kayakers and amateur fisherman along the coast and into Port Davey and Bathurst Harbour. There are also aviation companies that run tourist flights into Melaleuca all year round, but flights tend to be infrequent during the winter because of unsuitable weather conditions. 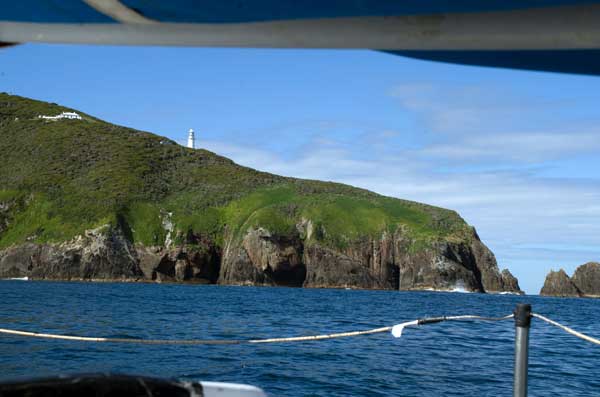 Life for us at Maatsuyker fell into the routine of observing and reporting the weather conditions at 6am, 9am and 3pm daily, for the Australian Weather Bureau, and the volunteer work that we did for the Parks and Wildlife Service. We reported the sea state, (wave height, swell timing and height), and the state of the sky, (horizontal visibility, types of clouds, cloud heights, amounts, direction and total cloud cover). The sea conditions were critical for all the mariners, and the cloud and wind conditions for the aviators. Apart from the weather observations, there was a significant amount of routine and unscheduled ongoing maintenance work that needed to be done so we were never bored. Some of the work included mowing, clearing roads and tracks, painting, clearing drains, cleaning buildings, machinery and building maintenance, and maintaining a large vegetable garden for ourselves and the next caretakers.


Living at Maatsuyker can be a lonely existence, and you can become very isolated if you let it be that way, and that is where the service provided by Tas Maritime Radio becomes so important. A group of very dedicated volunteer radio operators provide a state wide maritime radio service from 7am to 7pm daily every day of the year. There are 2 skeds daily, one at 8.33am and the other at 18.03pm on VHF Channel 82, the Maatsuyker repeater. The operator reads out the latest maritime weather forecast for the next 4 days that has been issued by the Met Bureau, including the western district land forecast and the synoptic details, and then calls for position reports, so that any mariners in this remote part of the world can report their current location and travel intentions. Towards the end of the sked we would have the opportunity to have a chat with the operator in Hobart, which helped to break the isolation of the South West. We never missed listening to a sked over the 7 months and became familiar with the names and voices of several of the regular operators. A lot of the radio traffic was routine but there were occasions where the conversations became very amusing and helped lighten up the day. 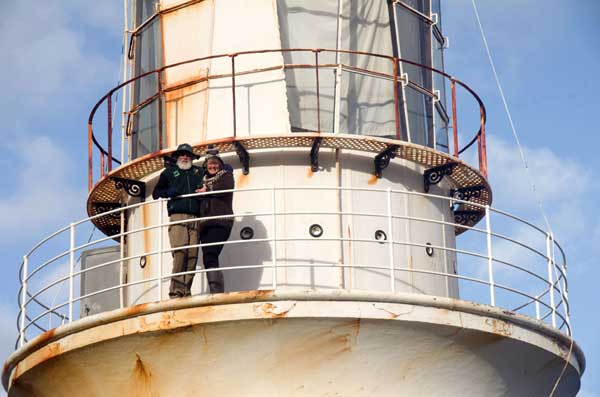 The advantage of the maritime radio system is that it has the ability to unite all the people in that remote location into a single community. Apart from the 2 regular skeds the operators always made themselves available to mariners at any time during open hours. Often they would spend considerable time responding to and assisting yachties isolated in Bathurst Harbour by liaising with aviation companies, or helping mariners with various enquiries about weather conditions, mechanical problems, and relaying information that they obtained by using the telephone in Hobart or by using other radio channels to contact ships that were out of range of the Maatsuyker repeater. And then of course they provide the most important service of them all, which is the co-ordination role between the Australian Maritime Safety Authority, and the Police Marine Rescue Unit for people who are in a distress situation at sea. Thankfully there were none of those incidents in the South West while we were there.


Kate and I thoroughly enjoyed our time in the South West, and it was made all the better by always knowing that we had the help and support of the operators at the other end of the maritime radio. A quick phone call to Tas Maritime Radio after we came back to mainland Tasmania, and Barry organised morning tea at the Radio base station at the Queens Domain in Hobart, where we were able to meet up with and put a face to all those friendly voices that we got to know during our time away. Well done Barry and thank you once again to all those dedicated volunteers at Tas Maritime Radio that help to make your next journey to sea as safe as possible. Like all volunteer organisations Tas Maritime Radio needs funds to continue their work, so if you are not a member why not consider sending in an application and help support a very valuable maritime service.


All photos by Bruce & Kate Frankcombe